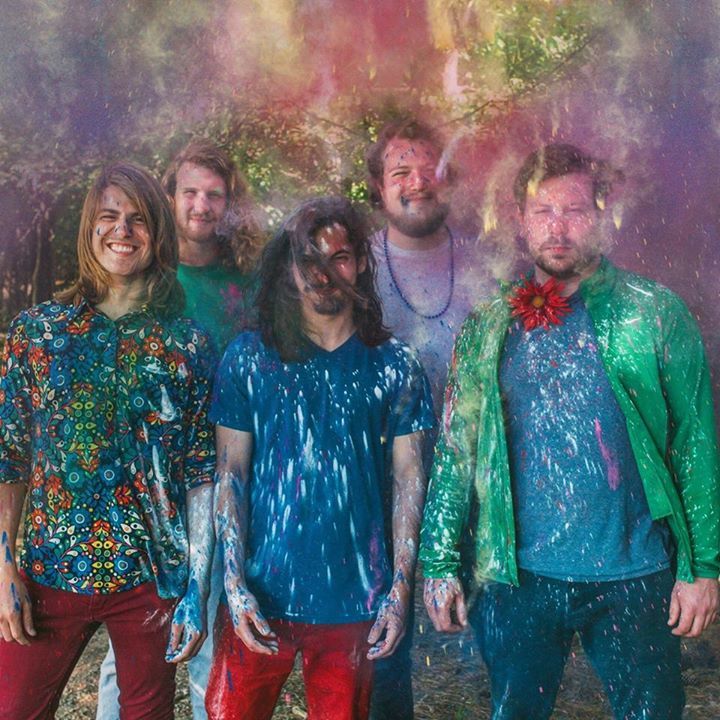 At MOMEH, we love our music. It truly is what keeps us movin’ and if you’re a fan of bands such as The Flaming Lips, CAN, King Crimson, Stardeath and the White Dwarfs, Captain Beefheart, King Gizzard and The Wizard Lizard, Tame Impala, and Panda Bear – You’ll love our featured band, Spaceface, a band that is bringing the vibe and that has kept us jamming hard in our studio.

We had the pleasure of seeing them play at a local venue. They truly are amazing to see live! Not only did we pick up a killer shirt, “Spaceface Melt” designed by Oliver Hibert, but we also scored a few of their tapes too, including their newest release, Sun Kids. You know we love our tapes and vinyl here, and they do not disappoint! Definitely catch them live if you get the chance and pick up a few albums too!!

Ingalls, Strong, and Martin moved in together in 2011 and began making music soon after. In 2012, the band was rounded out by additional musical members and Quinlan, who runs the group’s light show, built from a “series of on and off switches, which Quinlan runs off the side of the stage. They began touring later that year. In 2014, they released their eponymous EP, Spaceface EP. Working in Ardent Studios in Memphis in 2015 led the band to release another EP, Live at Ardent Studios, that year. They have played at many music festivals across the United States, including Hangout Music Festival and South by Southwest. On April 21, 2017, they released their first full-length album, Sun Kids. (https://en.wikipedia.org/wiki/Spaceface)

When Jake Ingalls started Spaceface in 2011, the goal was simply to be a cosmic garage act with curious and enticing song structures. But just a year later the band was brought into The Flaming Lips’ fold of Fearless Freaks, appearing on their King Crimson cover album. A year after that, and Ingalls was officially a touring member of Wayne Coyne’s outfit. All that time around one of the weirdest and most transcendent bands in America changed Ingalls’ impetus for Spaceface. It wasn’t just about being the odd little psych act anymore; it was about creating an experience.

Ingalls knows his journey has been unconventional, to say the least. It’s also a testament to the power of chasing what you want, knowing that the worst answer you can get is “No.”

“I definitely got that from my parents,” Ingalls said during a recent stop in New York City to appear on The Tonight Show Starring Jimmy Fallon. “Every time I would say I couldn’t do it, my dad would say, ‘can’t’ is not really a word that he would accept. He kind of instilled in me this idea that the worst they could say is ‘no,’ so just go out there and give it your best. Suck it up and try it again.” We can get behind Ingalls and his dad as we share the same motto if you believe in something so strongly then get after it!
(https://consequenceofsound.net/2016/12/spaceface-fire-off-psychedelic-bursts-of-cowboy-lightning-on-new-single-listen/) 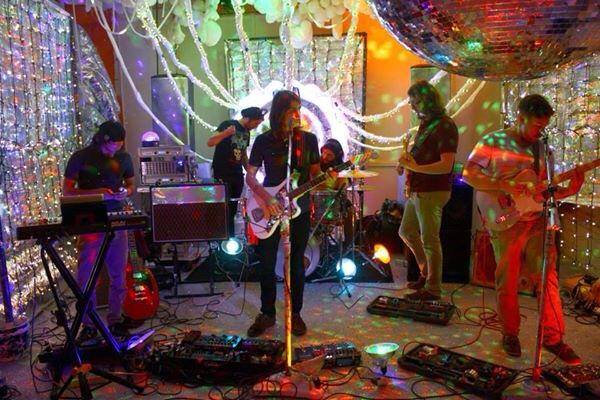 Sonically and aesthetically Spaceface is a band operating in both the present and the past. With one foot firmly planted in the acid-tested and love laced 60’s and the other solidly mired in the musically bi-polar and often unpredictable landscape that we currently find ourselves in, Spaceface is a band poised to defy expectations and genre. Serving up the best of both hemispheres and doing so with an effortless level of ‘cool’ that only accompanies a band built on friendship, virtuosity, and a dedication to their craft, these six boys have seen the light and it is warm, welcoming and oh so sweet. (http://ventsmagazine.com/2016/12/19/spaceface-members-flaming-lips-release-new-single/)
> 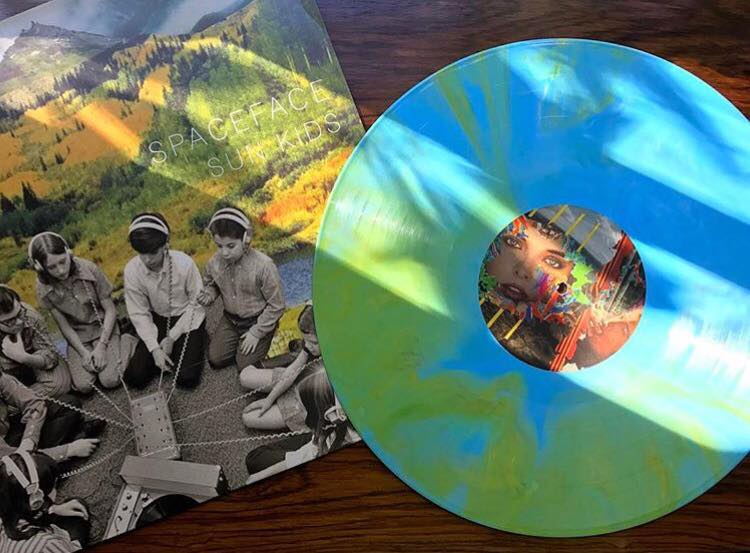 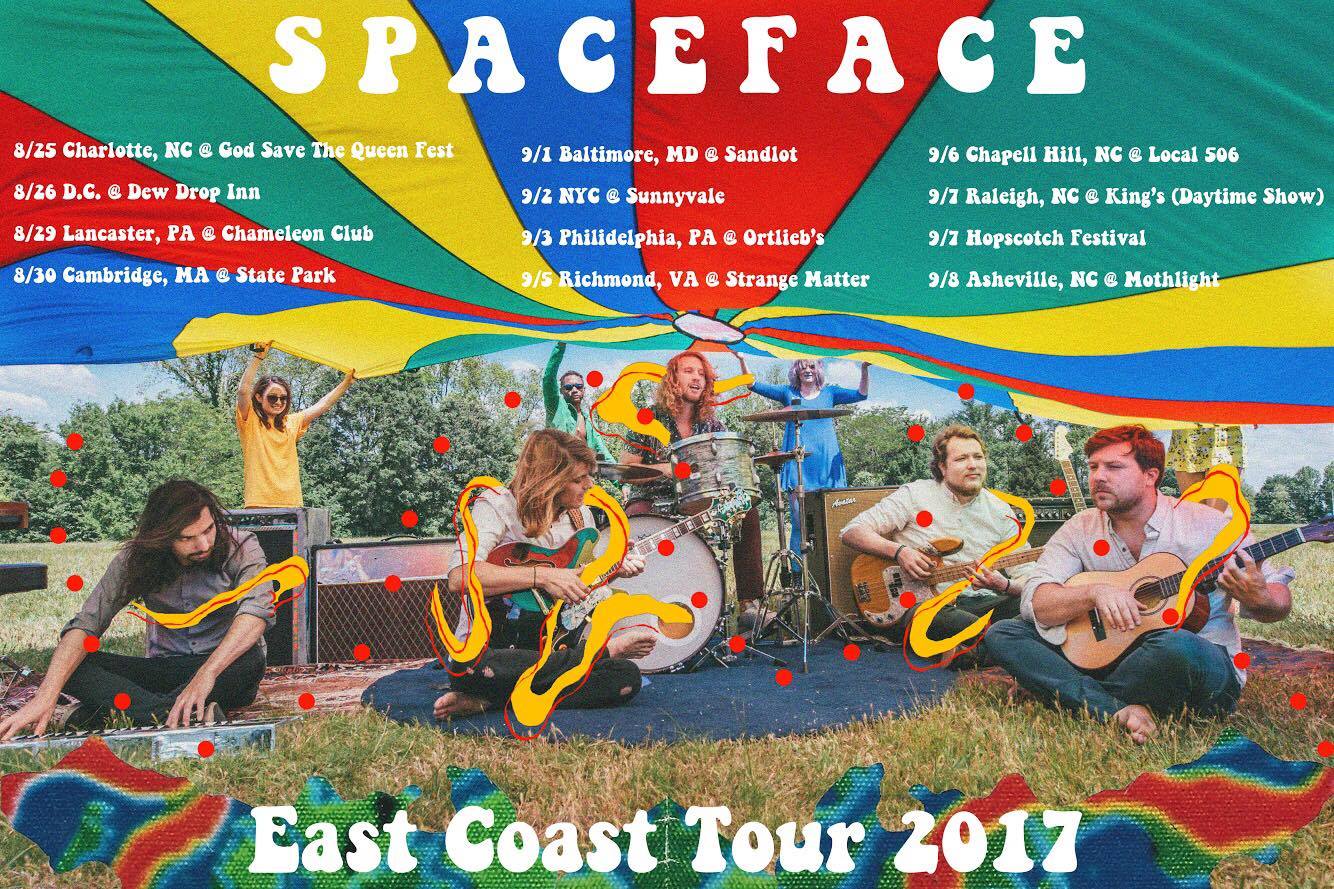